What’s The Difference? Frame vs Century

We often get asked, “What the difference between a Frame Tent and a Century Tent?” We decided that it was time to put the answer in writing! 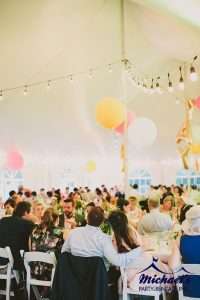 Century Tents are sure to gather everyone’s attention with their high peaks and elegant swoops. These tents are commonly used for weddings, grand openings and other high end events. Our smaller century tents, (20×30-20×40) are great for backyard parties such as family reunions and showers.

However in order to have those peaks and valleys, there are sacrifices to be made. In order to create those peaks, we use center poles to prop the fabric up. The size tent will determine how many poles are needed. 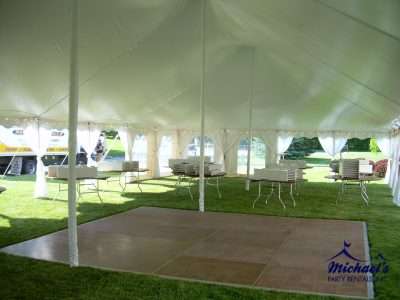 Century Tents need to be staked into the ground and  require approximately 6-7′ on each side in order to properly staked in place. We have the ability to stake into grass and pavement. 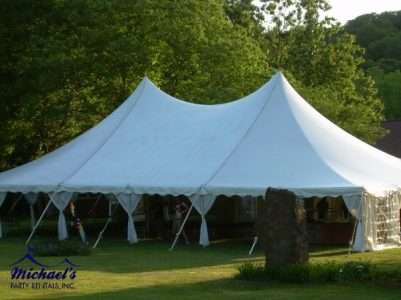 A frame tent is a sturdy tent that is constructed of aluminum beams. It doesn’t have any centerpoles which allows you to put tables, chairs, dance floors, stages where ever you’d like under the tent unlike the century tent.

Tents can be installed in areas where the century tent cannot as we can anchor them in place with concrete barrels. These tents are commonly used for ground breaking, corporate functions and ceremonies. 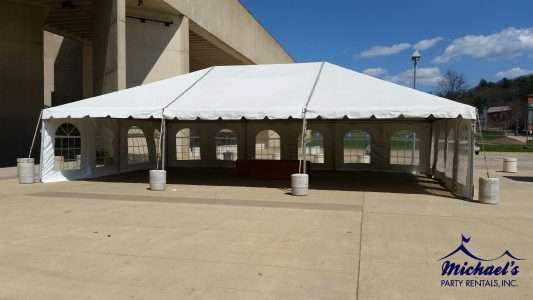